What is Souptoberfest you ask?

A brilliant creation spearheaded by our Watchdog Editor Christine in our newsroom.  Quite a few wonderful chef’s brought in their soup creations and a TON of us brought in various kinds of bread to accompany them. 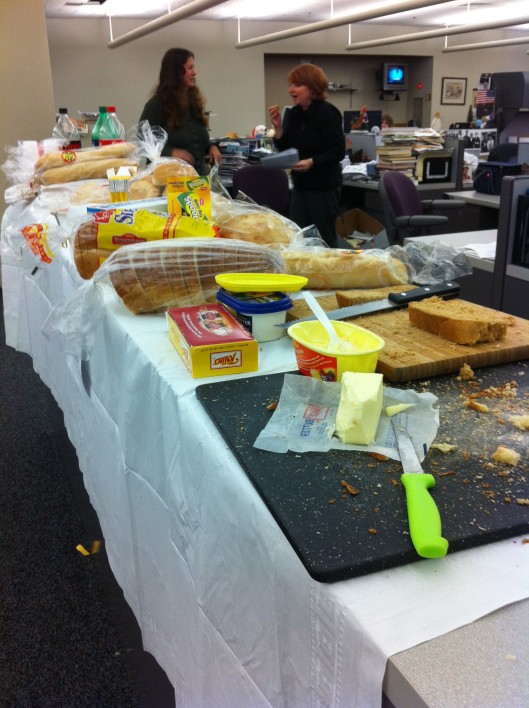 There were 10 different varieties to taste: 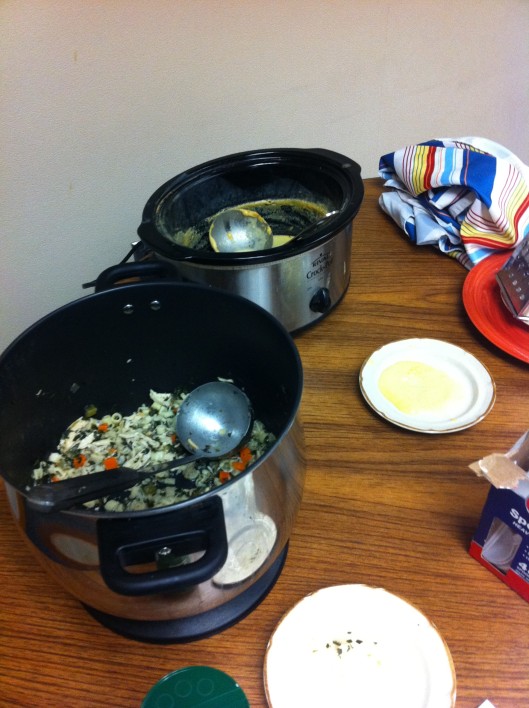 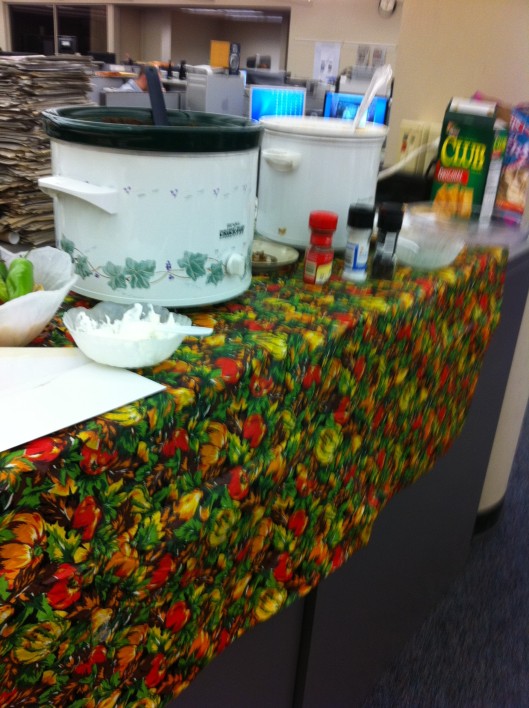 It seems that most of us took the ‘taste-test’ approach, just a tiny ladle of each soup, to determine where our votes would go. Thanks to a co-worker’s brilliant idea, there were envelopes next to each crock pot of soup and once you’ve determined your favorite, you could place a $1 or whatever in that envelope. The one with the most amount of money in it will be the winner. All monies will be donated to the soup kitchen that the retirees assist with once a month.

I have to say that by the amount of roaming around by all of us, this event was a HUGE success. I would have to save even better than our past cereal days. (SIDE NOTE: In the past we have had our infamous Cereal day where everyone would bring in their favorite box of ‘sugary’ cereal and then votes would be counted to see which cereal won. )

Kudos to Christine and all that help organize this event. Well done.

Ah….Monday morning…you arrive so quickly. I am quite sure that I am not the only one of us who feels …

With nearly 25 pounds of apples from our apple picking adventure at Solebury Orchards, the next thought is of course, …

I am in search of a little advice. After Alan and I got married, I started cooking with our new …

Last weekend was a pretty nice preview of the upcoming fall season. The temps were cool and the weather quite …

Well just like everyone else in this world, busy life has just gotten in the way of blogging. Nothing wrong, …

If you recall I wrote a couple of weeks ago how I held a Pampered Chef party. Ah what fun …

Last night Alan and I ran up to visit his parents (after his father was released from the hospital)….long story. …